I’m hoping you can help me with a situation we are having in our family. I am a stepmom; my husband has a daughter, who is 38 and married with two boys. We’ve been married for 25 years. My husband’s ex-wife is married to Dave, the man she cheated with while married to my husband. Anyway, believe it or not, because my husband is amazing, we are all amicable because of the kids and grandkids.

When my (step)daughter-in-law had a boy seven years ago, all of us grandparents were great about sharing baby time. Dave really didn’t want much to do with the baby and really hasn’t since. I’d say he “tolerates” my older grandson. In the back of my mind, I was slightly worried because Dave would sometimes show his temper with my grandson, showing no patience whatsoever.

Well, we now have a second grandson who is 14 months old. For quite some time now Dave has monopolized the baby’s time when we are all together. He picks up the baby and doesn’t let anyone else hold him. If I am holding the baby, he comes in and says, “Nana (referring to me), you want a break?” and then takes him away. Now the baby cries if Dave leaves the room. By the way, Dave has a son of his own who has two boys, but they don’t have much to do with them because of some family issues.

What can we do to get the baby to ourselves? Or just be able to get some time with him? My husband isn’t aggressive, so he misses out on spending time with the baby. Any advice?

It sounds like Dave is, to use a not-so-nice term, a baby hog. When in baby hog mode, the offending party is focused on only his/her needs, to the exclusion of others’ needs: “I want to hold the baby for as long as I want, and I do not care about what others may want.”

First, how to explain baby hogging? Using Dave as an example, perhaps he:

However, regardless of motivation, the important point is that a baby hog will continue to be one as long as he/she is permitted.

I have some suggestions for how you might address Dave’s behavior.

What About Enlisting the Parents?

Although enlisting the help of the parents may seem the most obvious option in your situation — that is, let them know about your frustration and ask them to address the situation on your behalf — I would suggest you use this option only as a last resort. I say this because putting the parents in the middle of an inter-grandparental issue is expecting them to take sides, something that will predictably cause hard feelings, especially in light of the step-grandparent relationships involved.

In addition, the parents may already be aware that Dave is controlling access to the new baby, and they have elected not to play peacekeeper. It sounds like your husband doesn’t want to weigh in either. So, I urge you to first consider some other options.

Cut Him Off at the Pass

When Dave suggests you take a break from holding the baby or starts taking him away, you can say something along these lines, “Dave, what I want to do right now is have some alone time with the baby. I’ll let you know when it’s your turn and I’ll bring the baby to you. Maybe you can spend some one-on-one with (other grandchild), and then we’ll switch. This way we can all enjoy special time with the grandchildren.”

Raise the Issue in Private with Dave

Take Dave and his wife aside and either gently, or not so gently, describe the situation: “Dave, perhaps you’re not aware you’re doing it, but you all but take the baby out of my arms …” or “Dave, you tend to hog the baby … We want to spend time with the baby, too.”

Raise the Issue in Front of Everyone

If, after talking with Dave privately and nothing changes, you have the option of delivering the same messages as above, but you can deliver them in front of the group. For example, “Dave, as I’ve shared with you, this is a reminder that we want to spend time with the baby, too. So, as I’ve already suggested, let’s split time with each of the grandchildren.”

I suggest you use a strong statement such as this because this puts the burden on him to explain why your idea of sharing time with the grandchildren is, or is not, a good idea. I would not put it to him as a question, e.g., “Why don’t we share …?” because this makes it seem you’re open to negotiation.

Make Plans to Visit the Grandchildren Without the Other Grandparents Present

And finally, a preferred option might be to plan with the parents in advance some visits that don’t include the other grandparents. For example, if you were to offer to take care of the two grandchildren so that their parents could have a date night or a getaway weekend, this is a win-win: the parents get some alone time together and you get the grandchildren all to yourself. Knowing you have this special one-on-one time with the grandchildren can make your other visits that include the other grandparents more tolerable.

In closing, I urge you to discuss your options with your husband in advance of taking any action and try to get his support. If he is reluctant to say anything, his mere presence standing next to you can indicate his support.

Whatever options you decide to try, I urge you to try to avoid contention: be pleasant, cordial, and casual, but be firm. This increases the chances that you can make your point and get your needs met without causing unnecessary friction. 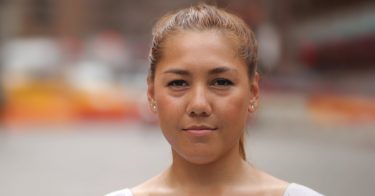 Most Popular | Are your kids outgrowing the need for a nanny? Refer your nanny on the Mommybites nanny board.